Nico holds two critical positions at Spectrum Aerospace; she is both the Head of Security as well as the official Stress Relief Unit.  Whenever you’re having a bad day or stressful moment, Nico will be right there to cheer you up.  She was adopted as a rescue by Sean when she was 4 months old and has been at his side ever since.

As an Australian Cattle Dog mix, Nico is full of energy and naturally brilliant, knowing over 30 different commands and specializing in obedience.  You may have heard her trademark ‘yodel’ in the background during one of your phone calls, which is her customary hello.  When Nico is not busy fulfilling her duties at work she is making friends at one of the local dog parks, chasing lizards, playing fetch, learning new tricks, or doing anything to avoid a bath.  Her future plans include taking agility classes, which everyone thinks she will be great at. 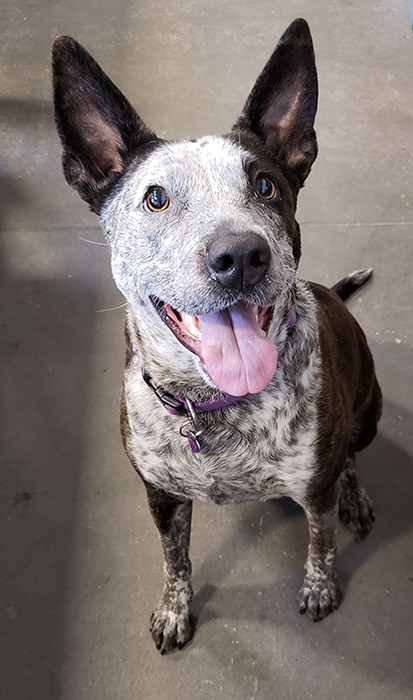